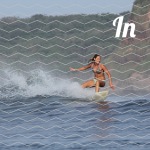 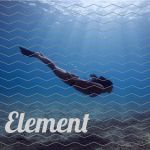 It’s always great to hear from KIALOA Paddles ‘Elele Jaimie Kinard.  Beyond her exploits in and on the water she is always reaching for ways to share her time and talents.

In June, Jaimie and two friends started “In Her Element,” a Hawai’i-based women’s outdoor adventure and lifestyle blog. One of the friends, Britt Harris, is an ER nurse at Wahiawa General, an avid surfer, trail runner and general fitness enthusiast. Taylor Nelson just graduated from UH and is a talented, graceful longboarder. None of the three claim to be experts in fitness, health or nutrition. In Jaimie’s words, “We are just three regular ladies who wanted a safe space to share, motivate, and encourage other women.”

Check out the blog for for workout ideas or to read/comment on/subscribe to the interesting and insightful blog posts. Jaimie invites you, “We welcome positive feedback, comments, questions, etc as we scoot along on our journeys! Come along to encourage and be encouraged!”

Other news from Jaimie include quite and adventure with her Honolulu Fire Department (HFD) recruit classmate and dear friend, Sanja du Plessis. They embarked on four days and three nights on the Kalalau Trail on the island of Kaua’i. It was a challenging 11 miles to Kalalau Beach plus an additional 4 to check out Hanakapiai Falls. 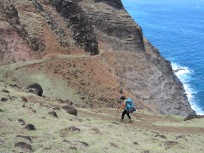 Jaimie was set on seeing the Na Pali coastline from land as she had previously only seen it from the water, paddling by in an outrigger canoe. Jaimie shares, “It was definitely harder hiking the coastline with a 47 pound pack than paddling it, but I was frequently rewarded with jaw-dropping views along the way. I wouldn’t have traded the sweat, muscle aches or lost toe nail for anything.”

Make a Wish: Jaimie and HFD fire fighter Kama Ortiz  volunteer as Wish Grantors for the Make a Wish foundation. They were lucky enough to get a friend/fellow HFD fire fighter’s son as their Wish Kid. He was just recently cleared as NED (No Evidence of Disease) from osteosarcoma (cancer of the bone) and continues with physical therapy three times a week and medication for pain management. On his 11th birthday they presented Kalā Peter with his Make-A-Wish wish.He and his family will be attending the PAX Seattle in August, thanks to Make-A-Wish Hawai’i. Sharing, caring and embodying the many attributes found in her sponsor company, KIALOA Paddles, Jaimie inspires us all.

Be sure to check the In Her Element blog for more.